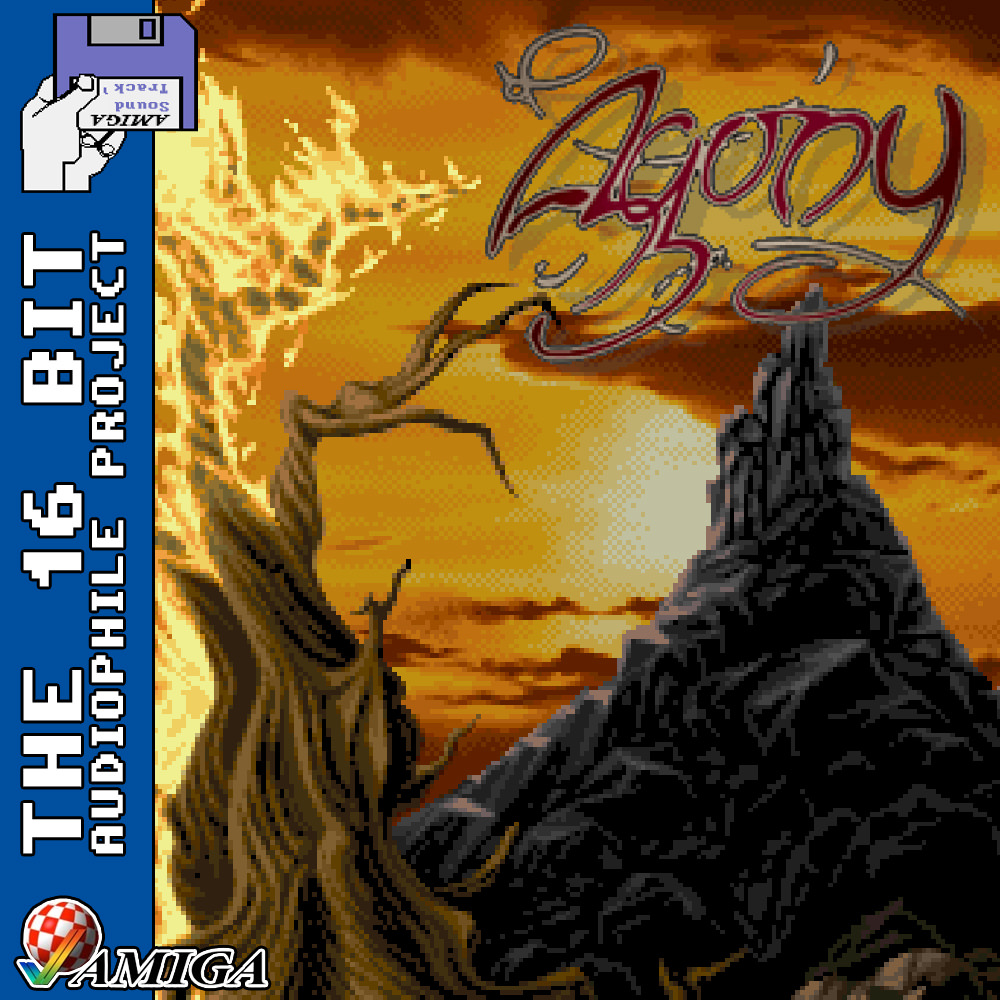 Psygnosis was one of the most artistic companies of the Amiga, generating classics such as Lemmings, Shadow of the Beast and Microcosm. With most Psygnosis titles, even if the gameplay wasn’t the best in it’s genre you were practically guaranteed a technical masterclass.

Agony was released in 1992, just a year prior to Psygnosis being bought by Sony (Where they made classics such as Wipeout and G-Police) and can almost be seen as a culmination of their company throughout the Amiga’s lifespan. You could almost consider this game the send off of Psygnosis from the Amiga, so much so that the main character you play is the company’s mascot (The Owl).

While the shoot-em-up gameplay is good fun, it’s not world beating. However like many Psygnosis titles there is more artistic flair than it’s competition. The graphics are incredible, three layers of parallax scrolling, smooth animations utilising raster graphics for background gradients and it’s wrapped nicely with loading screens that showed impressive fantasy artwork to match the game’s theme.

However here at 16BAP we’re interested in music. And this game again reveals itself as a tour-de-force of the Amiga and Psygnosis themselves. The list of musicians reads like a who’s who of Amiga musicians, with 8 musicians in total! The opening theme is by Tim Wright, with the level loading music being made by alumni such as Allister Brimble (Alien Breed), Martin Iveson (Heimdall, Jaguar XJ220), Matthew Simmonds (Fantastic Dizzy, Chuck Rock) to name but a few.

NOTE: This soundtrack will be added to, however due to time constraints and difficulty in getting parts to work on my Amiga at the moment I need to record the remaining soundtrack as I go along.

To discuss this release, download the entire album via torrent or report broken links, check our Forum Agony