The equipment: (Note to self: This page needs to be redone, I’ve updated what we’re using but I intend on explaining a bit more in a later revision – EDIT: I’m currently reworking this, bit by bit, no pun intended)

Japanese Mega Drive I, motherboard revision VA1 (discrete Yamaha YM2612)
A small mod has been done to correct the output stage, documented in this thread at Sega-16 forums, courtesy of Ace.

What it does, is swapping a couple of the mixing resistors in the pre-amp section (and, as a consequence, the capacitors to obtain the correct low-pass filter) to avoid distortion in loud sounds in some games.
The result is a Mega Drive which is capable of playing correctly all of the games ever released without distortion (yes, even Shadow of the Beast and other very loud tracks such as the Level Complete from Castlevania Bloodlines) 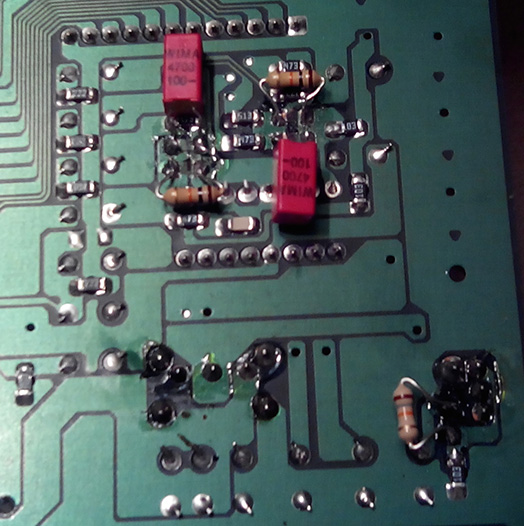 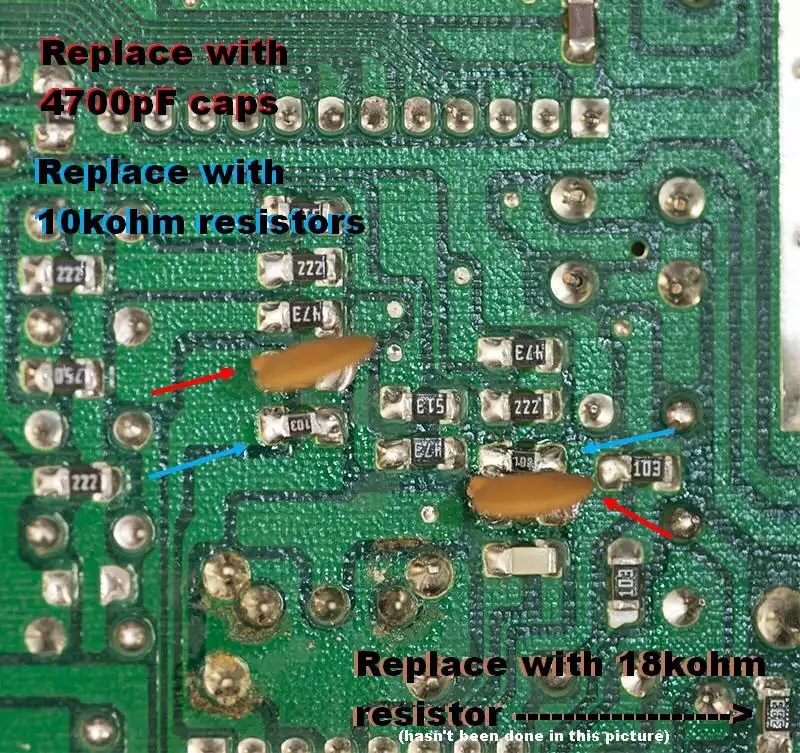 This should have gotten us as close as possible to what we consider the “reference”, it being the original development machine used to produce and test Mega Drive games, audio-wise.

I’ve replaced the 3,5mm headphone jack with a higher quality 6,30mm one which gives better contact and is more stable.

Power supplied by a stabilized power supply working at 12V, 5A. It has excellent ripple values and it outputs lots of clean power.

Custom cabling with low capacitance and resistance cables, from Sommercable and connectors by Amphenol.

We record with Adobe Audition and edit with Audacity.

We record at 96 Khz 24 bit and then we downsample it to other more common formats so everyone can enjoy our releases.
This is done through a proprietary bash script known as “The Megascript” which uses several softwares to accomplish the downsampling with the highest quality possible.
This script first puts the album art inside the original HD FLAC, then calls SoX to let him downsample the tracks to CD quality and puts again the album art into these files as we lose the album art information through the various conversions. Then it cals ffmpeg and its LAME libraries to convert to MP3 and finally eyeD3 to add the album art to the MP3s too.
The second big part of this script takes the MP3s and an image and makes the Youtube videos you can see in our channel, all automatized thanks again to ffmpeg.
All this is accomplished through a simple, single click.

The monitoring process and quality check is done through both an AKG K601 Reference headphone and a pair of Yamaha MSP7 Studio monitors.

We record completely “headless”, meaning that the Mega Drive is not connected to any TV/Monitor as these add interferences and noises due to the inverter they have in them.

We do initial checks to see what’s going on in the VGM playback software through a USB Video Capture dongle to make sure everything is good.

One thought on “The Equipment”