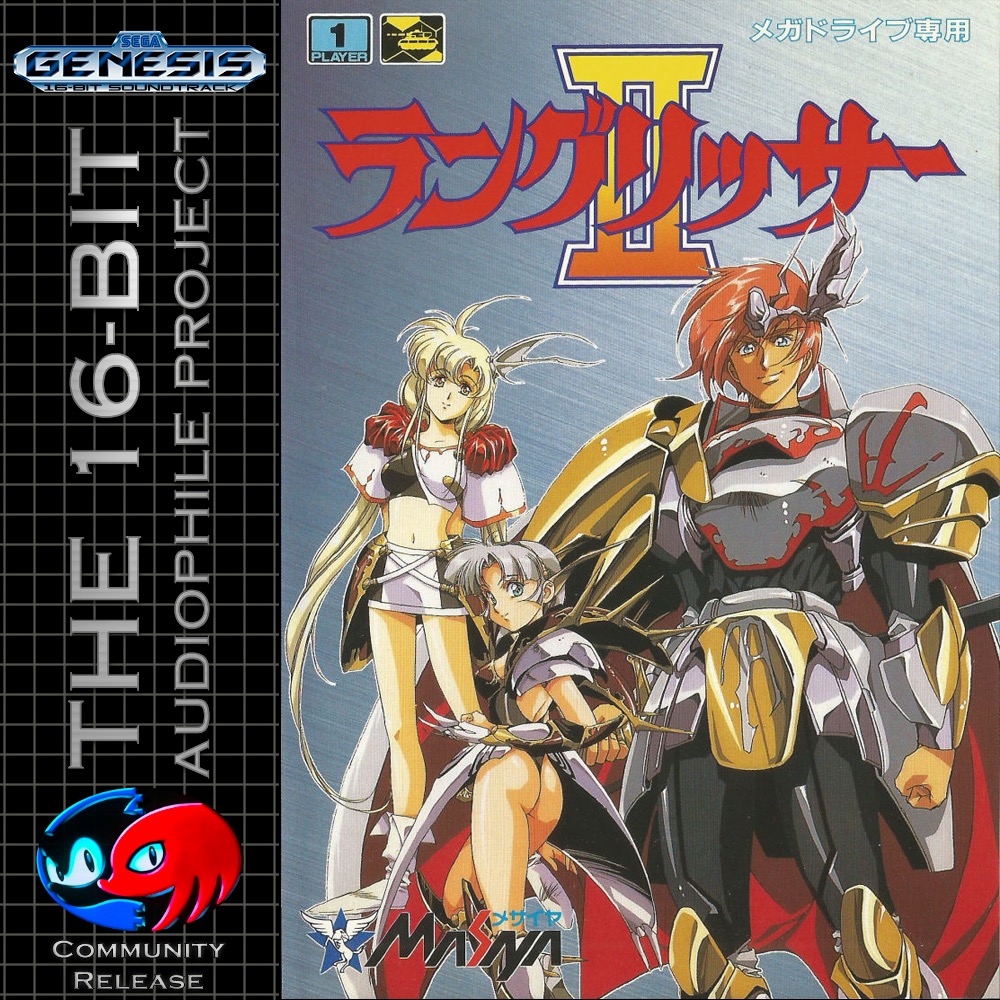 Additional notes: A 3′ 1/8″ TRS to 1/4″ Dual TS Hosa Y-insert cable with Ream connectors was used. The gain dials were turned to about 9:30 if it were read like a clock. All songs recorded at same gain, which was determined based upon playing every single song and watching levels for clipping and adjusting as necessary, then testing balance in first 240p Suite and then MDFourier. 15 minutes of warmup time was given to the YM2612 prior to first recording, and everything was recorded in one night after confirming equipment was ready with MDFourier’s equipment test and Sega Genesis test. For Langrisser II has a very loud gain-heavy soundtrack, the volume dial on the Genesis was forced to be dropped down to 7 after unitary gain was achieved in order to keep my Motu M4 from clipping. Very loud! Heavy Metal! :)