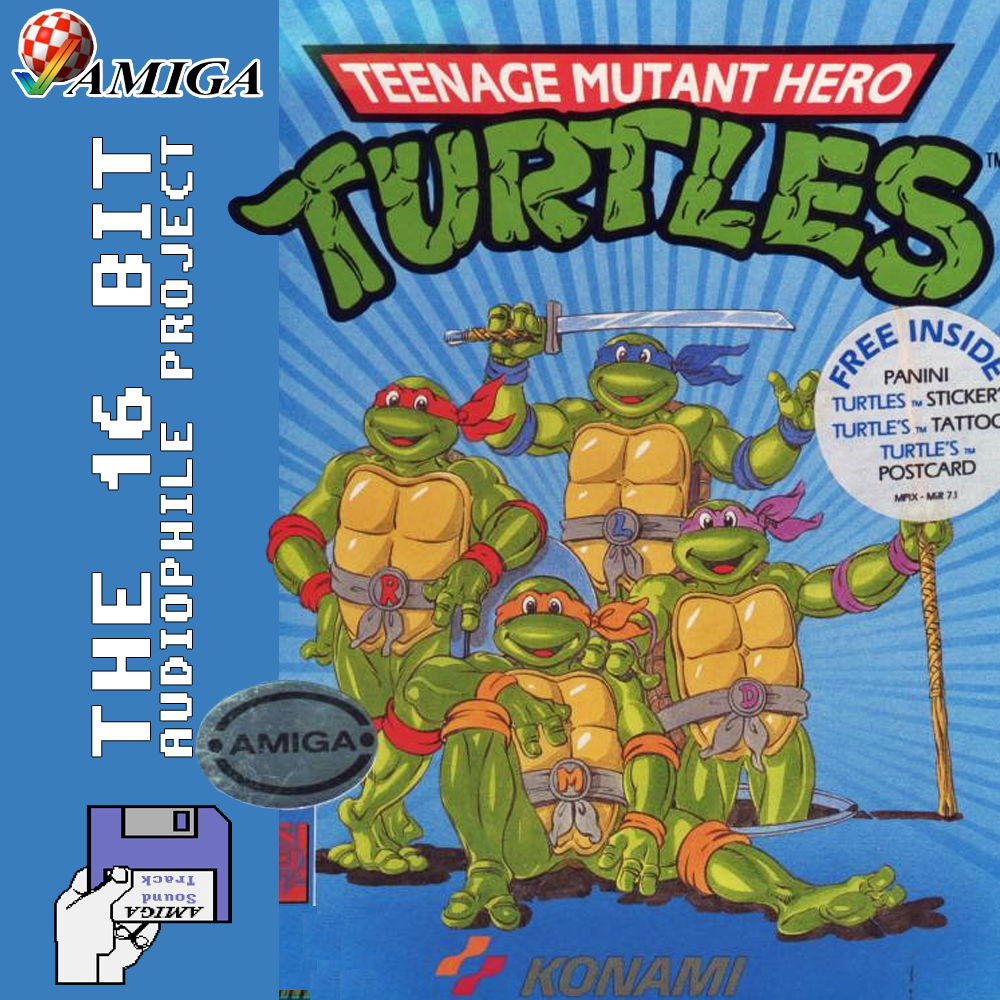 Teenage Mutant Ninja Turtles was a cultural icon of the late 80s and early 90s, literally the biggest children’s franchise of that time. Coming from a dark parody comic series, it wasn’t until the dark comic was converted into a kids TV Show that the commercial reach of the characters came to light.

Teenage Mutant Ninja Turtles is a NES port which actually saw two separate releases (One three disk, one single disk). You play as one of the four Turtles and roam an RPG top-down world looking for your goals (Initially April), when you enter a building or a sewer, the game turns into a side-scrolling platformer. These sections were difficult to control and you often took a pounding during an attack which made the game even harder.

The two releases do have big differences, albeit nothing that salvages the game. The 3-Disk release by Ultra has some different graphics which resemble NES graphics more than a solid Amiga title, with a cartoony April O’Neil that doesn’t look like her TV counterpart at all – despite this it retained almost all the music and the gameplay was superior. The 1-Disk release by Probe featured a poor attempt at improving the graphics and a terrible frame rate.

The music in this conversion (This is the 1-Disk release by Probe, I will update with the music from the 3-Disk Ultra version when I can) is made by Tony Williams, who is credited for several Amiga games including Judge Dredd, Shinobi and Smash TV.