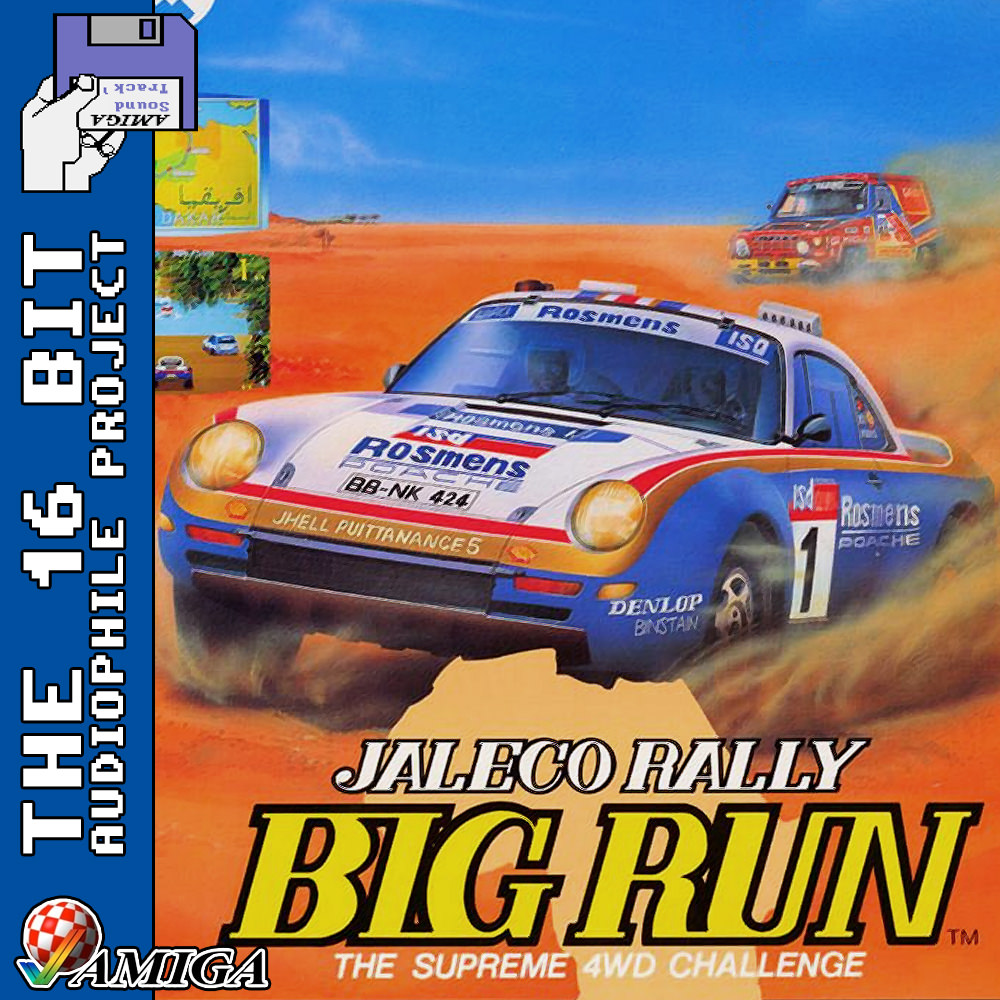 Big Run is a Japanese Arcade game which played in a similar fashion to the classic OutRun. It was the first ever racing title to be set in the famous Paris-Dakar rally raid. The vehicle you drive is a Porsche 959, heavily resembling the rally winner of 1986. There are also Peugeot 205 T16 (which went on to win the rally in 1987) that you race against. In the Arcade version, the odd Mitsubishi Pajeros also appears.

For the Amiga, the game was heavily cut down due to hardware constraints but still managed to provide a decent racing experience despite these limitations. However the one thing that the Amiga does exceptionally well is music, and that is no more clear than Jolyon Myer’s (Doomsday Machine as he’s called in the credits) awesome soundtrack to Big Run. The use of instrumentation and clever playing on stereo separation make this a lost diamond of the Amiga soundtracks of the early 90’s.

The SNES also got a port of this game at the same time as the Amiga, however it didn’t use the Mode 7 (Using the same method as the Amiga to create the graphics).