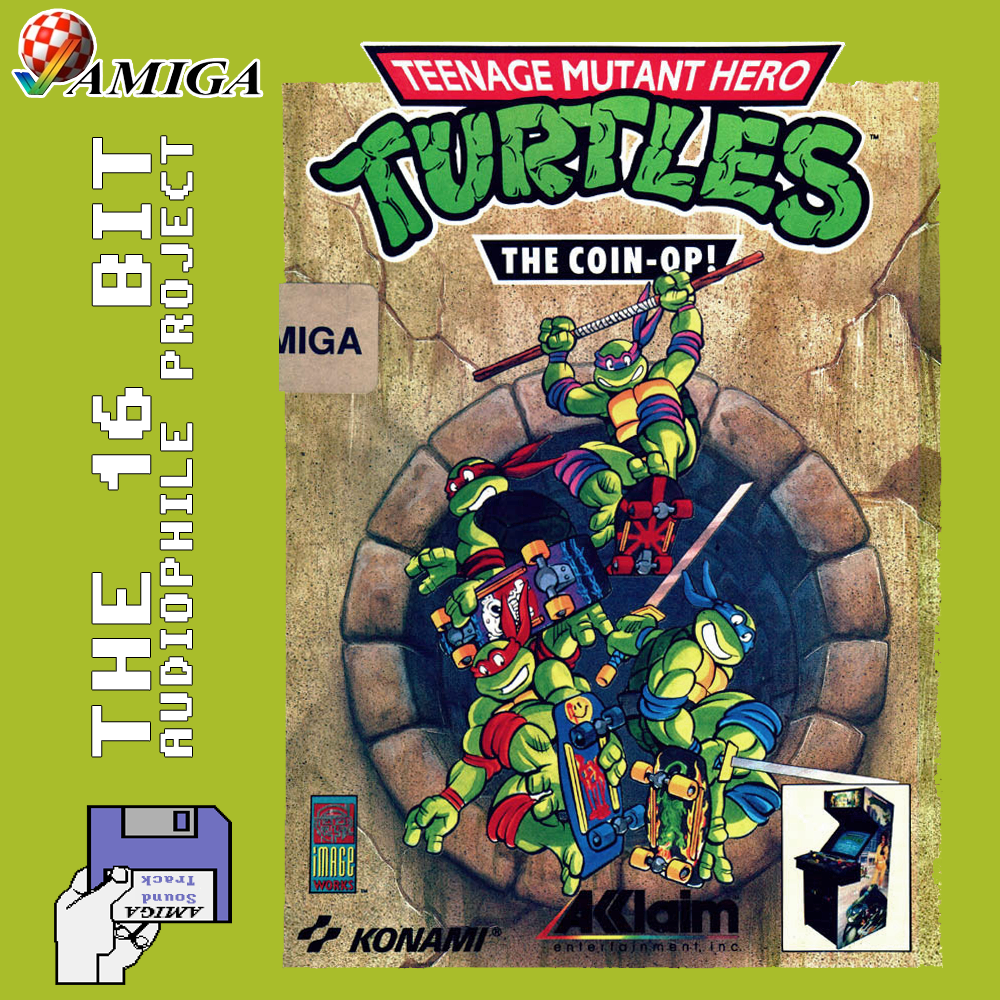 Teenage Mutant Ninja Turtles was a cultural icon of the late 80s and early 90s, literally the biggest children’s franchise of that time. Coming from a dark parody comic series, it wasn’t until the dark comic was converted into a kids TV Show that the commercial reach of the characters came to light.

The Turtles had already had forays into the video game arena. Teenage Mutant Ninja Turtles had already been released as an action platformer with RPG elements, and was met with a lukewarm reception. However Konami already had an ace up their sleeve. In 1989, a four player arcade machine of the Turtles was released and met with acclaim. While the game itself was pretty standard fare, the chance to kick butt as all four Turtles was something that kids were clamouring for again and again – much to the irritation of parents.

With the Arcade machine a major hit, it didn’t take long for console adaptations to emerge, and in 1991 the Amiga received such a port. The game had been downscaled somewhat, with music absent in the main game being a major criticism. There was one track in the game, though, that set the tone as soon as it was heard – the Title Screen theme was as near a perfect replication of the TV Show theme as the Amiga was capable of making. Made by Jeroen Tel, who also had a hand in the soundtrack for Agony, it was an impressive track which added to the unfortunate result of no music during the gameplay itself.

While this soundtrack only has one tune, it has recently been discovered that Jeroen Tel made several tracks for the game, including the Boss theme that never plays in the game itself. When I can find a way of locating those on the disk and playing them back, I’ll add them to the soundtrack. Currently emulation is the only way, and that would be against the spirit of the project.