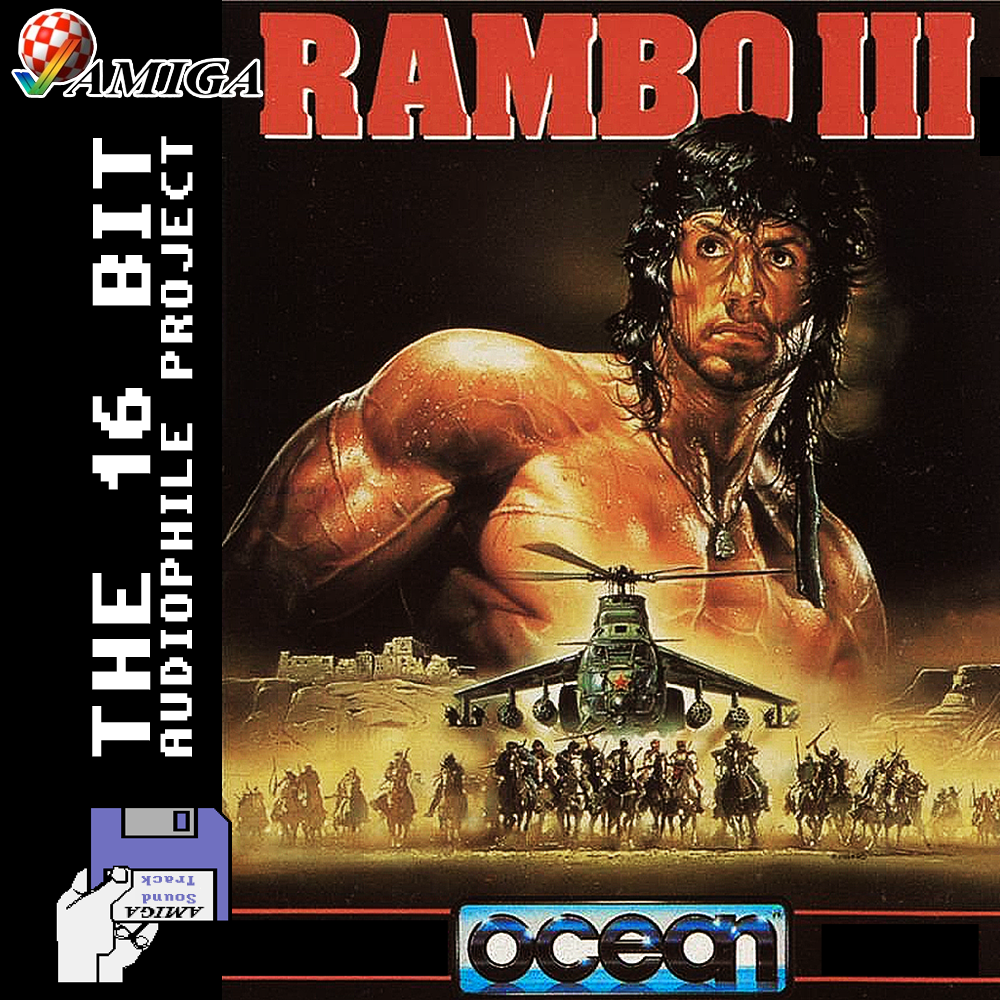 Rambo III is the last 80s instalment of the classic action movie series, and as with any action series of it’s era, it was the centre of much hype and spin-off merchandise. This included several different remakes across home console systems and arcade cabinets. The Amiga’s conversion is the same game as seen on the Commodore 64 except with visual and audio improvements.

The game is a top-down strategy/puzzler/Zelda clone. You start off with just a knife and have to stab your way through the many guards in the sealed military complex to save your friend (Colonel Trautman) and escape the facility. While amusing and surprisingly with a spatter of charm, the gameplay was convoluted, with puzzles that were both laborious and nonsensical. The music was made by Jonathon Dunn, whose other Amiga soundtracks include Batman, Bart vs the Space Mutants, The Addams Family, Operation Thunderbolt and Voyager.

Klassix, who acquired the licence for the Amiga, obviously felt they had struck gold. The first track here comes from the opening title screen where we get a no-holds-barred cocophany of sound introducing the title and Sega’s own name. This is playing over a title screen which looks extremely faithful to the original Arcade title (slightly reduced graphics but amazing to look at all the same).

This shows in a strong title theme. It’s atmospheric (but by no means on a par with SWIV or Alien Breed – but then little is) and drives you towards a kick-ass time in the main game. Then the main theme of the in-game segments begins and you realise this is going to be a long game. It’s actually comedic that the in-game music is as silly as the enemy logic (They literally cannot see you standing beside them),